Home > About Us > When Medicine Wasn’t Enough: A Physician Recalls the Early Years of the AIDS Epidemic

When Medicine Wasn’t Enough: A Physician Recalls the Early Years of the AIDS Epidemic 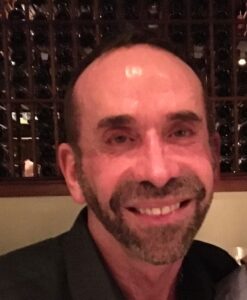 In the late 80s, the AIDS epidemic was wreaking havoc on communities, including here in Washington, DC. Young men and women were becoming acutely ill and dying from the poorly understood disease. Food & Friends was established in a small church basement to meet an unmet need – providing food and nutrition for those with HIV and AIDS.

Dr. Bruce Rashbaum is someone who was there in the early days of Food & Friends and who has devoted his career to fighting HIV and AIDS. Bruce was a newly practicing physician when the epidemic started. As a gay physician, he says it made sense that he would take care of people living with HIV. But there was little help and few answers at the time.

“We didn’t know what to do. It was very hard. When you’re trained as a healer and fixer, and you can’t fix it, it really knocks you off your stride. It was very emotionally draining. I lost a lot of friends. Over the first decade we lost over 2,000 patients,” says Bruce.

Within a few years, he was approached by someone at Food & Friends who was seeking medical guidance to help shape the young organization’s services.

“It felt right,” he says. “I was trying to fight HIV with the limited medications I had available and to help people with nutrition when there wasn’t a whole lot else I could do, it was satisfying for the soul. I couldn’t fix the disease but I got a lot of satisfaction seeing a smiling face when they got a freshly prepared meal.”

It was also a learning experience. “[Delivering food] helped me as a physician to see how others lived. I remember walking into a home where the burners of the oven were on because they didn’t have any other way to get heat and it really opened my eyes.”

Along the way, Bruce discovered that he himself was HIV-positive. “It was very difficult to see people dying from something that I also had and realize that my future wasn’t going to be long. I was trying to help myself, help my patients, working at Food & Friends, whatever I could to help people with HIV. It helped me mentally deal with my own condition.” 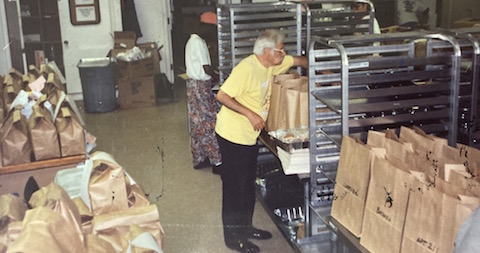 While taking a break from private practice to recuperate, Bruce started fundraising for Food & Friends. In a letter to colleagues and family friends, he shared about his experience and called on their support, generating about $50,000 for the organization. Bruce later served as a member of Food & Friends’ Board of Directors and generously supported the capital campaign for our current building, but his primary connection will always be as a physician.

“We lost hundreds of thousands of people over the first decade. Food & Friends answered a very important need and was able to take on the challenges of different clinical conditions,” recalls Bruce. “We were referring people left and right to Food & Friends. It was helping people with significant nutritional deficiencies from HIV and if we couldn’t help them from a clinical viral detection standpoint, we could at least help them by providing them with meals or groceries. And it really made a difference. Food & Friends came to the rescue.”

Today, roughly 20% of Food & Friends clients have HIV/AIDS, still making up a significant portion of whom we serve. While the disease no longer carries the high death rate it once did, significant nutritional barriers, often related to socioeconomic factors and co-occurring illnesses, remain. It is also an aging population, with over 50% of people with HIV now over 50 years old. As a result, the meal deliveries and nutritional care provided by Food & Friends remains a critical resource for the HIV/AIDS community.

Bruce, too, is still tending to patients with HIV, participating in clinical trials for new drug therapies and supporting the broader community. We’re proud to count him as part of the Food & Friends family and thank him for all his support and guidance over the decades.